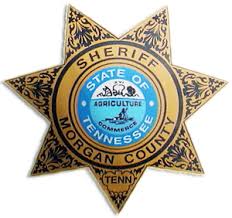 A Sunbright man is facing a charge of premeditated, first-degree murder in the death of a man whose remains were found in Morgan County on Wednesday.

According to a release issued by Ninth District Attorney General Russell Johnson’s office, 50-year-old Wayne C. Lindsay is accused of shooting and killing Morgan County resident John Hammond as Hammond slept on a cot at Lindsay’s home in November of last year. The release states that the shooting was “precipitated by an earlier argument between the two men.”

Morgan County Sheriff’s deputies were alerted Wednesday morning by a man who had recently stayed at Lindsay’s home, that Lindsay had admitted to killing Hammond. Responding deputies located what were described as “mostly skeletal” human remains covered by rocks at the bottom of an embankment not far from Lindsay’s home on Herbert Shannon Road. Lindsay was arrested on unrelated charges and questioned by investigators from the Morgan County Sheriff’s Office and the TBI. During that questioning, Lindsay reportedly admitted to having killed Hammond.

The remains were recovered by forensic anthropologists and taken to the Regional Forensics Center, where an autopsy will be performed to determine the exact cause of death and to confirm that the remains are indeed those of John Hammond, as law enforcement officers believe based upon the informant’s statement to deputies and Lindsay’s own confession.

Hammond’s family members have been notified.

In the release from the DA’s office, both DA Johnson and Sheriff Wayne Potter said that despite having been killed in November, no one reported him missing.

(Press release from Ninth District Attorney General’s Office) Morgan County Sheriff Wayne Potter’s investigators have prepared a warrant charging Wayne C. Lindsay (50 yo/m) of Sunbright with the first degree – premeditated murder of John Hammond, also of Morgan County.   Lindsay evidently shot and killed Hammond at Lindsay’s residence of 145 Herbert Shannon Road in November of last year as Hammond was sleeping on a cot.  The shooting was precipitated by an earlier argument between the two men.
The filing of the murder warrant follows an investigation into the discovery by law enforcement of human remains lying under a number of rocks at the bottom of an embankment in the woods not far from Lindsay’s residence.  An individual who had been living with Lindsay contacted a Morgan County Sheriff’s Deputy earlier today (Wednesday, April 10th) to inform law enforcement that Lindsay had told this person about the murder while he was staying with Lindsay recently.
Prosecutors Bob Edwards and Jonathan Edwards from the District Attorney General’s assisted in the investigation and supervised the issuance of a search warrant of the premises where the remains were to be found. Sheriff Potter and his investigators were led to the location of the remains by the informant and discovered the skeletal remains as earlier described.  District Attorney General Russell Johnson contacted the Regional Forensics Center to send an anthropology team of forensic specialist to the scene to examine and exhume the remains believed to by John Hammond.
Sheriff’s investigators Gary Seiber and William Angel, assisted by a Tennessee Bureau of Investigation Agent, picked up Lindsay on an attachment for arrest on another case and interviewed him about the remains.  Lindsay confessed to the killing of Hammond.  The arrest warrant narrative contains the above facts and additional ones and, once filed and issued, is of public record for the media’s use.  Morgan County General Sessions Judge Mike Davis will set the bond.  As mentioned previously, Lindsay is already in custody on an attachment from another case.
An autopsy will be conducted to determine the exact cause of death and to make a positive identification of what is believed to be John Hammond based on the informant’s statement and the statement of Wayne C. Lindsay.  Family members of Hammond have already been contacted by the Sheriff’s Office.  As far as our office and Sheriff Potter can tell, no one had made a missing person report for John Hammond even though he was killed in November of 2018.

Jim Harris has been WYSH's News & Sports Director since 2000. In addition to reporting local news, he is the play-by-play voice for Clinton High School football, boys' and girls' basketball and baseball. Catch Jim live weekdays beginning at 6:20 am for live local news, sports, weather and traffic plus the Community Bulletin Board, shenanigans with Ron Meredith and more on the Country Club Morning Show on WYSH & WQLA. Jim lives in Clinton with his wife Kelly and daughter Carolina, his mother-in-law and cats Lucius and Oliver.
Previous Perry Lee Kirk, age 63 of Powell
Next Search continues for Campbell man missing since March