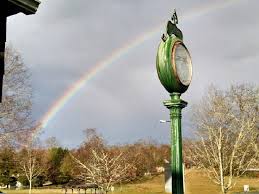 According to the Norris Bulletin, newly-hired City Manager Scott Hackler will start his new job on April 1st.

Hackler was unaimously selected last week by the Norris City Council to be the next City Manager following a search that took about two months to complete. This week, Hackler told the Bulletin that his first days on the job will be spent meeting with department heads and city employees to start figuring out what they need in order to carry out their job responsibilities, and to assure them that he is not planning any large-scale changes. Hackler also tells the paper he plans to review and assess the overall condition of the town’s aging infrastructure, as well as searching for new streams of revenue for the city.

Hackler is currently the chief of the Norris Volunteer Fire Department, a position he says he will be resigning upon assuming his new position, at which time he will also appoint his successor..

Jim Harris has been WYSH's News & Sports Director since 2000. In addition to reporting local news, he is the play-by-play voice for Clinton High School football, boys' and girls' basketball and baseball. Catch Jim live weekdays beginning at 6:20 am for live local news, sports, weather and traffic plus the Community Bulletin Board, shenanigans with Ron Meredith and more on the Country Club Morning Show on WYSH & WQLA. Jim lives in Clinton with his wife Kelly and daughter Carolina, his mother-in-law and cats Lucius and Oliver.
Previous Campbell deputies nab wet, cold felon
Next Herbs the focus of Thursday event