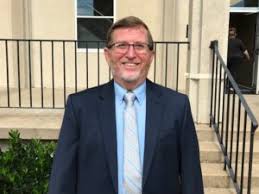 Longtime Anderson County Commissioner and former Commission Chairman Chuck Fritts is recovering from a stroke he suffered over the weekend while visiting family in Pennsylvania.

Fritts is said to be recovering nicely and tests reportedly showed minimal damage as a result of the event.

The stroke occurred Sunday night while he was visiting his son and another family member, a doctor, was able to treat him immediately and stabilize him until the ambulance arrived. His daughter told WYSH that he could be released from the hospital and homeward bound within the next couple of days.

We certainly want to keep Commissioner Chuck Fritts and his family in our thoughts and prayers and certainly send our best wishes for a speedy and full recovery as well as a safe and hopefully soon return to District 1.

Jim Harris has been WYSH's News & Sports Director since 2000. In addition to reporting local news, he is the play-by-play voice for Clinton High School football, boys' and girls' basketball and baseball. Catch Jim live weekdays beginning at 6:20 am for live local news, sports, weather and traffic plus the Community Bulletin Board, shenanigans with Ron Meredith and more on the Country Club Morning Show on WYSH & WQLA. Jim lives in Clinton with his wife Kelly and daughter Carolina, his mother-in-law and cats Lucius and Oliver.
Previous Thursday roundball scores
Next Martina Ledford Tyler, age 39, of Clinton