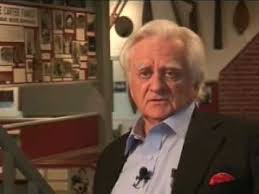 Irwin was honored for his “Outstanding Contribution to East Tennessee Culture and Literacy.” Previously named as a recipient of the prestigious MacArthur Foundation Fellowship, Irwin has long been recognized as a leading authority on the history, culture and music of the Southern Appalachian region and has lectured on the subject throughout the Eastern US. In addition to his nomination to the Writers Hall of Fame, he has received numerous other awards and has been honored by the East Tennessee Historical Society as one of nine prominent area residents whose accomplishments have distinguished them far beyond East Tennessee.

Jim Harris has been WYSH's News & Sports Director since 2000. In addition to reporting local news, he is the play-by-play voice for Clinton High School football, boys' and girls' basketball and baseball. Catch Jim live weekdays beginning at 6:20 am for live local news, sports, weather and traffic plus the Community Bulletin Board, shenanigans with Ron Meredith and more on the Country Club Morning Show on WYSH & WQLA. Jim lives in Clinton with his wife Kelly and daughter Carolina, his mother-in-law and cats Lucius and Oliver.
Previous “Safe on Seventy” campaign returns in October
Next AP polls released; AC, OR still #2 in 4A, 5A, respectively