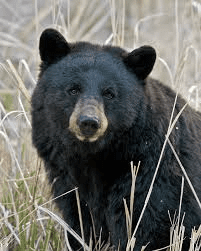 (GSMNP) Searchers in Great Smoky Mountain National Park found the body of William Lee Hill, Jr., 30, of Louisville, Tennessee yesterday afternoon around 1 pm, off Rich Mountain Road, approximately two miles north of Cades Cove. Park officials were notified on Sunday, September 9, that Hill and a companion, Joshua Morgan, came to the park on Friday to look for ginseng. The two separated during the day and Hill had not been heard from since. Park rangers began searching immediately and worked until after dark Sunday night.

The search continued throughout Monday, focusing on high probability areas such as drainages in the area where Hill was last seen. Hill’s body was found on Tuesday, off-trail, approximately .5 miles from the gravel Rich Mountain Road and less than a mile from a residential area outside the park. “Our thoughts are with the family and friends of Mr. Hill during such a difficult time,” said park Superintendent Cassius Cash.

Evidence of wildlife scavenging of the remains over the last several days was visible and an adult male bear remained in the area, showing aggressive behaviors, for many hours, even as rangers worked to recover Hill’s body throughout the evening hours. Wildlife biologists responded to the area, trapped the bear, and recovered human DNA from it. Out of concern for public safety, park officials determined the best course of action would be to humanely euthanize the bear.

“While the cause of Mr. Hill’s death is unknown at this time, after gathering initial evidence, consulting with other wildlife professionals and careful consideration, we made the difficult decision to euthanize this bear out of concern for the safety of park visitors and local residents,” said Superintendent Cash. “This is always one of the hardest decisions a wildlife manager has to make, and is one that we did not take lightly. Over 2 million visitors come to the Cades Cove area annually and there are several residential areas very close to where we found Mr. Hill’s body. We could not take the risk of allowing this bear to approach or show aggression towards other people.”

The incident remains under investigation. No additional details are available at this time.

Jim Harris has been WYSH's News & Sports Director since 2000. In addition to reporting local news, he is the play-by-play voice for Clinton High School football, boys' and girls' basketball and baseball. Catch Jim live weekdays beginning at 6:20 am for live local news, sports, weather and traffic plus the Community Bulletin Board, shenanigans with Ron Meredith and more on the Country Club Morning Show on WYSH & WQLA. Jim lives in Clinton with his wife Kelly and daughter Carolina, his mother-in-law and cats Lucius and Oliver.
Previous Suicide prevention event includes film
Next New report shows drastic increase in drug-related deaths from 2016 to 2017