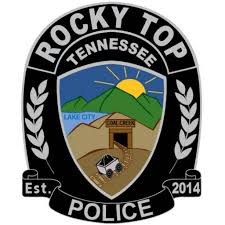 The Rocky Top Police Department and the TBI are investigating a death that occurred Friday morning.

Details are sketchy but, according to the Tennessee Bureau of Investigation, a man who has been identified as JC Copeland, 83, was found dead outside a home on Jacksboro Avenue in Rocky Top.

The case is being investigated as a homicide, TBI said. Copeland’s body has been sent for an autopsy.

Nearby schools (Lake City Elementary and Middle Schools) were placed on what school officials described as a soft lockdown while the investigation was conducted.  School Resource Officers were placed at each school as a precaution, and officials say that there were no incidents at any of the schools.  The lockdown was lifted at around 1 pm

At the request of 7th District Attorney General Dave Clark, TBI Agents are working alongside the Rocky Top Police Department, the Anderson County Sheriff’s Office, and the 7th Judicial District Crime Task Force in investigating the circumstances leading to the death.

As soon as we receive more information, we will pass it along to you.

Jim Harris has been WYSH's News & Sports Director since 2000. In addition to reporting local news, he is the play-by-play voice for Clinton High School football, boys' and girls' basketball and baseball. Catch Jim live weekdays beginning at 6:20 am for live local news, sports, weather and traffic plus the Community Bulletin Board, shenanigans with Ron Meredith and more on the Country Club Morning Show on WYSH & WQLA. Jim lives in Clinton with his wife Kelly and daughter Carolina, his mother-in-law and cats Lucius and Oliver.
Previous September is National Preparedness Month
Next Update: Woman arrested in Friday homicide