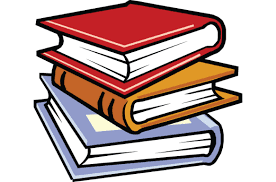 The Anderson County Library Board administers and operates four public libraries – Briceville, Clinton, Norris and Rocky Top. This year, the Board and the Briceville Anderson County Public Library Foundation has discussed increased library space needs for both Clinton and Norris. The services and programs offered do not have adequate space and do not meet national standards. The board cannot make it happen without citizen participation. The foundation needs members to accomplish fundraising for public library expansion.

A group of citizens formed the Briceville Anderson County Public Library Foundation in 2005 to campaign for a new library building in Briceville. Money was raised and a loan obtained from the U S Department of Agriculture. The new library was dedicated in September 2013. It serves the Briceville community and services contribute to the education of its youth.

Interested members are encouraged to attend the next meeting Thursday June 28th at 3:30 pm at the Briceville library.

If new members join, the name will change. Briceville will be dropped and it will become Anderson County Public Library Foundation.

The initial goal will be to raise funds for public library expansions for both the Clinton and Norris Public libraries.

Jim Harris has been WYSH's News & Sports Director since 2000. In addition to reporting local news, he is the play-by-play voice for Clinton High School football, boys' and girls' basketball and baseball. Catch Jim live weekdays beginning at 6:20 am for live local news, sports, weather and traffic plus the Community Bulletin Board, shenanigans with Ron Meredith and more on the Country Club Morning Show on WYSH & WQLA. Jim lives in Clinton with his wife Kelly and daughter Carolina, his mother-in-law and cats Lucius and Oliver.
Previous Harold Wayne Ferguson Sr.
Next Campbell man learns sentence in fatal DUI crash