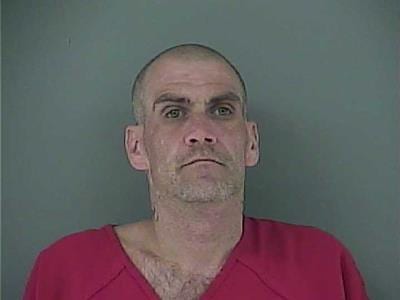 (Information from oak Ridge Today, WYSH news partner)  One Oak Ridge man was beaten in the head with a wrench on Thursday after a social media conversation, and another was charged with attempted murder after an alleged assault on South Walker Lane, according to our partners at Oak Ridge Today..

The victim, Andrew Steelman, had been talking to someone on social media that he thought was the girlfriend of 40-year-old Jeremy Jon Bessette.

But it turned out that Steelman was not talking to Bessette’s girlfriend, but rather to Bessette, who was posing online as his girlfriend while Steelman “flirted with her,” according to ORT.

The Oak Ridge Police Department first learned of the incident when they were notified of a physical disturbance on South Walker Lane at 1:53 p.m. Thursday. There, a witness said a man, later identified as Bessette, entered the home and began hitting another man (Steelman) in the head with what appeared to be a wrench.

The alleged assailant then got into a dark-colored Pontiac and fled, according to the report.

Officers went to Methodist Medical Center, where Steelman was with two other witnesses. The other witnesses corroborated the story of the first witness that Bessette had come into the home and began striking Steelman in the head and face with some type of tool

Steelman confirmed that the man who had attacked him was Jeremy Bessette.

The witnesses told officers that Bessette “showed no signs of stopping his assault until he noticed that they had observed him.”

Bessette used force to enter the home on South Walker Lane with the intent to cause severe bodily harm, or even death, as retaliation for Steelman talking to his girlfriend, according to court records.

Bessette has been charged with attempted second-degree murder (a Class A felony), aggravated burglary, and aggravated assault.

He remained jailed in the Anderson County Detention Facility in Clinton as of this morning on bonds totaling $200,000.

Jim Harris has been WYSH's News & Sports Director since 2000. In addition to reporting local news, he is the play-by-play voice for Clinton High School football, boys' and girls' basketball and baseball. Catch Jim live weekdays beginning at 6:30 am for live local news, sports, weather and traffic plus the Community Bulletin Board, shenanigans with Ron Meredith and more on the Country Club Morning Show on WYSH & WQLA. Jim lives in Clinton with his wife Kelly and daughter Carolina, and cats Oliver, Bow and Libby.
Previous GSMNP: Chimneys Picnic Area temporarily closed due to waterline problem
Next Oak Ridge to celebrate Public Works Week