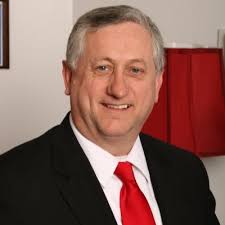 Approximately 900 TNReady Science and Social Studies tests given to students at one Anderson County school were for the wrong grade level, according to Director of Schools Dr. Tim Parrott.

Parrott tweeted that announcement Thursday afternoon along with a photo of the letter that was sent home to parents of students at Norris Middle School, which states the testing issue is “no fault of the school system, schools, testing administrators, teachers, or students.”

In the letter, Dr. Parrott wrote, “I have notified Lt. Governor (Randy) McNally, State Representative (John) Ragan, and (Education) Commissioner (Candace) McQueen to make them aware of this situation and the negative effect that it is having on our whole school community. Our students and teachers work hard every day and the ineffectiveness of this year’s testing is unacceptable.”

The letter also included a statement from the Tennessee Department of Education about the problem, which indicates that the scores for those tests will not be counted, nor will they be used for end-of-the-year evaluations for students or teachers, nor will it impact the participation rates for the school or the county in the TNReady testing, which has been beset by problems for the past two years.

“There was a poorly designed feature of the online testing system that contributed to some users accidentally administering a test to students that was below their grade level, including those at Norris Middle School. We’ve provided guidance to the district staff and the building testing coordinator to invalidate these tests. Students are not required to re-test, and their tests will not be scored. This means they will not count toward an educator’s evaluation nor will they factor into the scores we report for Norris Middle School. They will also not hurt the district’s or school’s participation rate.”

Jim Harris has been WYSH's News & Sports Director since 2000. In addition to reporting local news, he is the play-by-play voice for Clinton High School football, boys' and girls' basketball and baseball. Catch Jim live weekdays beginning at 6:20 am for live local news, sports, weather and traffic plus the Community Bulletin Board, shenanigans with Ron Meredith and more on the Country Club Morning Show on WYSH & WQLA. Jim lives in Clinton with his wife Kelly and daughter Carolina, his mother-in-law and cats Lucius and Oliver.
Previous Dortha Sue Long, age 85 of Clinton
Next Town Spring gets spring facelift