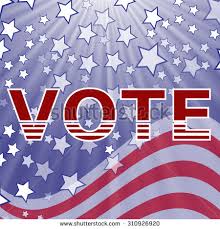 Early voting for next week’s Anderson County primary elections is in its final two days, and the turnout at the polls continues to be both steady and sizable.

On Tuesday (4/24), 473 people voted, with 440 voting in the Republican primary with its six contested races, four of which will decide who holds those offices for the next four years. Only 43 people voted in the Democratic primary, in which there are no contested races. Through 12 days of early voting, 4708 people have cast their ballots in the GOP primary, compared to only 380 on the Democratic side of the ballot box.

Jim Harris has been WYSH's News & Sports Director since 2000. In addition to reporting local news, he is the play-by-play voice for Clinton High School football, boys' and girls' basketball and baseball. Catch Jim live weekdays beginning at 6:20 am for live local news, sports, weather and traffic plus the Community Bulletin Board, shenanigans with Ron Meredith and more on the Country Club Morning Show on WYSH & WQLA. Jim lives in Clinton with his wife Kelly and daughter Carolina, his mother-in-law and cats Lucius and Oliver.
Previous Cycling championships coming to OR, Knox
Next ETHRA accepting LIHEAP applications for next two weeks