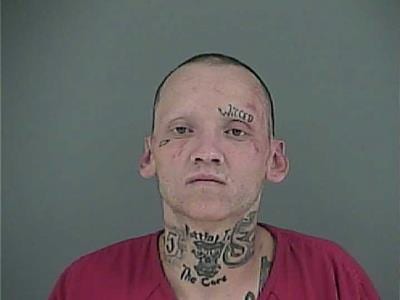 Three Clinton Police officers have been cleared of any wrongdoing in the shooting death of a suspect in November of last year, according to the District Attorney General’s Office, which also said that the use of deadly force in the incident was justified.

The TBI, as is standard procedure in an officer-involved shooting, was called in by DA Dave Clark to investigate what led to the shooting death of 32-year-old Roger Raymond York, Jr. outside a home on East Drive the night of November 8th, 2017.

That evening, officers received information that York, who was wanted on parole violations, was at a home on East Drive. Three officers–Sergeant Brandon Floyd, Sgt. Mike Jones and K9 Handler Officer Matt Howell and his K9 partner–parked their patrol vehicles on a nearby street and approached the house on foot, according to the investigative summary. When the officers arrived, they knocked on the door and two of them went inside while Howell and his canine stayed outside watching the exits. In the house, Floyd and Jones found York in a bathroom, but he refused to comply with their commands to surrender and told officers he was armed with a pistol and that they would have to kill him. Howell came in to the house upon hearing the commotion.

York tried fleeing out the bathroom window, but was met by Howell’s K9 partner, who took him to the ground.

According to the investigative summary, Jones and Howell tried to wrestle York into custody but he was actively resisting their efforts to cuff him, keeping his arms under his body as he fought them. York at one point briefly got to his knees and continued to ignore verbal commands to put his hands up and drop the weapon, repeatedly telling officers that they would have to kill him to take him into custody. Floyd, who had initially stayed in the house, came out into the yard and was covering the two officers with his gun drawn as they tried to subdue York, and Howell told Floyd that York was armed. Howell was able to secure York’s left wrist but his right hand remained free, firing one shot from his pistol during the struggle while on the ground. Floyd asked if Howell had York under control yet and when the answer was “no,” Floyd yelled “clear” to his two partners and fired twice, striking York in the back of the head, killing him.

Immediately after the shots were fired, the officers notified dispatch and requested a supervisor come to the scene.

The TBI investigation was described as “thorough” by Clark, and included crime scene photos, autopsy results, ballistics and gunshot residue testing, a review of audio and video from the scene, witness interviews, police records reviews, scene diagramming and metal detecting.

Gunshot residue was found on York’s hands, indicating he had fired his pistol.

Witnesses confirmed hearing the officers yelling at York to drop the weapon before hearing gunshots and told investigators that before police had arrived, York had stated that he knew the police were looking for him, that he would not go back to prison and that if they confronted him, he would commit suicide.

In his memo to Clinton Police Chief Rick Scarbrough last week, which was subsequently sent to the media on Monday, Clark writes “When York chose to fire his gun, he also authorized officers to use deadly force against him to protect themselves and/or others who may have been seriously injured or killed by his gunfire.”

York had a lengthy criminal history in Anderson County. None of the three officers involved nor the K9 were injured in the incident.

Jim Harris has been WYSH's News & Sports Director since 2000. In addition to reporting local news, he is the play-by-play voice for Clinton High School football, boys' and girls' basketball and baseball. Catch Jim live weekdays beginning at 6:20 am for live local news, sports, weather and traffic plus the Community Bulletin Board, shenanigans with Ron Meredith and more on the Country Club Morning Show on WYSH & WQLA. Jim lives in Clinton with his wife Kelly and daughter Carolina, his mother-in-law and cats Lucius and Oliver.
Previous Early voting still going strong; only 3 days left to vote early
Next Lawsuit filed over alleged use of tax information 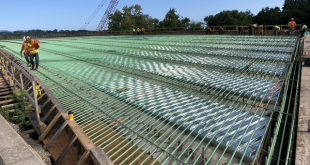 Voting questions in Tennessee? Secretary of State’s office has answers