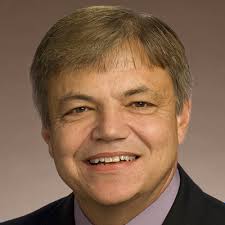 This week, members of the House Finance, Ways, & Means Committee voted to advance House Bill 571, also known as the Primacy and Reclamation Act of Tennessee. The measure restores sovereignty over mining and reclamation operations to the state.

If passed, House Bill 571 is expected to create more than 1,200 new mining jobs.

“This measure enables Tennessee to set precedence as it relates to regulations that restrict job growth within our mining industry,” said Representative Powers. “I am pleased that this measure will help create new jobs and enable Tennessee to continue its economic momentum. I look forward to seeing it signed into law in the weeks ahead.”

House Bill 571 will now be heard by members of the House Calendar & Rules Committee.

Jim Harris has been WYSH's News & Sports Director since 2000. In addition to reporting local news, he is the play-by-play voice for Clinton High School football, boys' and girls' basketball and baseball. Catch Jim live weekdays beginning at 6:20 am for live local news, sports, weather and traffic plus the Community Bulletin Board, shenanigans with Ron Meredith and more on the Country Club Morning Show on WYSH & WQLA. Jim lives in Clinton with his wife Kelly and daughter Carolina, his mother-in-law and cats Lucius and Oliver.
Previous WYSH makes official request for ‘breach’ report
Next TDOT says Clinton Highway repaving project still a ‘go’