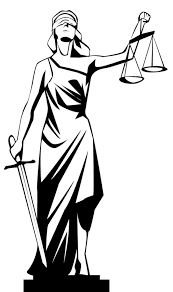 Lawsuit filed over alleged use of tax information

The lawsuit, filed Monday in US District Court in Knoxville, accuses Iwanski–who is, as the suit notes, also the chairman of the Anderson County Finance Committee and Emert’s campaign treasurer–of obtaining copies of his tax return information from both the Finance Office and the Clerk & Master’s office sometime before April 5th.  The lawsuit states that employees in both offices confirmed Iwanski was the only person who had requested or received that information.

The lawsuit states that on April 5th, during a campaign event in Oak Ridge, the Meads were at a table with campaign materials, among which was an “11-page document with fifty-three paragraphs.” The suit states that the document, entitled “Things You Need to Know about Terry Frank,” did not identify who was responsible for its content, in violation of state law.

The complaint alleges that the document explicitly references Teno’s “confidential Tax Return Information, his IRS Form W-2 and IRS Form 1099,” in violation of a federal law that requires individuals with access to individuals’ tax information to keep it confidential.

The lawsuit seeks damages in the amount of $1000 for “each act of unauthorized inspection or disclosure of a return or return information” the defendants are found liable for, punitive damages and attorney’s fees.

Jim Harris has been WYSH's News & Sports Director since 2000. In addition to reporting local news, he is the play-by-play voice for Clinton High School football, boys' and girls' basketball and baseball. Catch Jim live weekdays beginning at 6:20 am for live local news, sports, weather and traffic plus the Community Bulletin Board, shenanigans with Ron Meredith and more on the Country Club Morning Show on WYSH & WQLA. Jim lives in Clinton with his wife Kelly and daughter Carolina, his mother-in-law and cats Lucius and Oliver.
Previous TBI, DA clear CPD officers of wrongdoing in suspect’s death
Next Ivalene Vickery Beasley, age 88, of Kingston 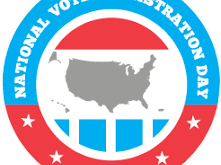 Hunters for the Hungry returns for 2020