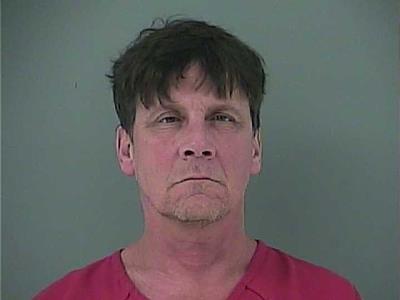 Wednesday, we told you that a Clinton man was arrested early Tuesday morning and charged with attempted first-degree murder and domestic assault after allegedly firing a handgun three times at his girlfriend. The incident occurred at a home on Blockhouse Valley Road and sent 56-year-old Sidney Jarvis to jail, where he remained in custody without bond as of Thursday morning.

His girlfriend was not seriously injured in the incident.

In the arrest report, Clinton Police Officer Austin Powell noted that police had been called to the house several times previously on domestic incidents, most recently on March 11th, when Jarvis was arrested on domestic assault and reckless endangerment charges following another incident involving a gun.

In that case, the reporting officer was again Officer Powell, and he wrote that early on the morning of March 11th, he was called to the home on a call of a domestic disturbance in progress. When he arrived, the victim–Jarvis’s girlfriend–had already left the scene, going to Jarvis’s sister’s home nearby.

Powell made contact with the woman, the same victim as this week’s case, and was told that Jarvis had fallen down in the shower and, when she went to see if he needed any help, he shoved her. She stated that Jarvis had left the bathtoom about five minutes later, cornered her in the kitchen and pushed her again, this time into a cabinet, cutting her leg. She accused Jarvis of then chasing her around the house, hitting her in the back of the head and the neck.

The woman called Jarvis’s sister to come pick her up and the other woman did just that. Both women reported that as they pulled out of the driveway, Jarvis fired at least one shot at the car from a .45-caliber pistol, an accusation he denied under questioning. As with this week’s incident, Jarvis was described as being “highly intoxicated” while speaking with police.

A loaded .45-caliber pistol was seized for evidence and Jarvis was taken to the Anderson County Jail. He was released after posting bonds totaling $20,000 two days after his arrest.

Jim Harris has been WYSH's News & Sports Director since 2000. In addition to reporting local news, he is the play-by-play voice for Clinton High School football, boys' and girls' basketball and baseball. Catch Jim live weekdays beginning at 6:20 am for live local news, sports, weather and traffic plus the Community Bulletin Board, shenanigans with Ron Meredith and more on the Country Club Morning Show on WYSH & WQLA. Jim lives in Clinton with his wife Kelly and daughter Carolina, his mother-in-law and cats Lucius and Oliver.
Previous TBI introduces launches public crime information tool
Next Morgan County authorities investigate ‘bomb’ incident