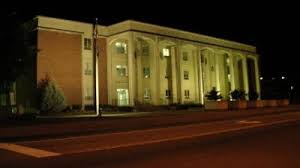 With early voting for the May 1st Anderson County primary elections set to begin on April 11th, an ethics complaint has been filed against County Commissioner Steve Emert, who is challenging Mayor Terry Frank for that office.

The complaint was filed by Mark DeVol of Andersonville, and alleges that Emert failed to apply for a building permit for a pole barn on his property. DeVol writes in his complaint, which was also sent to this radio station, that Emert began building a detached pole barn on his Park Lane property in early 2016 without obtaining a building permit, as DeVol himself had done for a project on his property that same year. DeVol says that he checked with Public Works Director David Crowley to see if Emert had obtained a building permit, as the Anderson County Building Code states that a pole barn used “exclusively for agriculture” does not require footer or building inspections, while similar structures used for other purposes do require footer and building inspections. DeVol writes that he was told by Public Works that there was “no record of a permit for a pole barn” on Emert’s property.

DeVol writes that Emert violated the county’s ethics policy by failing to follow zoning laws and that he (as a candidate for mayor) “should be rebuked.”

Below is DeVol’s complaint to the Ethics Board:

In February of 2016 I (Mark DeVol) filed for a building permit with the Anderson County Public Works department to put an addition on an existing building that I own. I was required to furnish a site plan w/ drainage, building elevations, and pay a $100.00 fee and be subject to building inspections. Construction started in March, and was completed in May of 2016.

Mr. Devol,  We have no record of a permit for pole barn at 495 Park Lane (Steve Emert)

Mr. Emert, who purports to be a general contractor and is running for County Mayor, failed to follow Anderson County Zoning laws by not securing a building permit for a Pole Barn constructed on his property, located at [—] Park Ln, Andersonville TN 37705.

According to the Anderson County Building Codes, a “Pole Barn” that is “used exclusively in agriculture” does not require footer or building inspections.

However, a “Pole Barn” that is not “used exclusively in agriculture” does require footer and building inspections.

Mr. Emert, clearly knows the intent and meaning of these building codes. Mr. Emert, a candidate for County Mayor, should be rebuked for his actions…we’ve already experienced one former Mayor who sought to deceive the county.

Jim Harris has been WYSH's News & Sports Director since 2000. In addition to reporting local news, he is the play-by-play voice for Clinton High School football, boys' and girls' basketball and baseball. Catch Jim live weekdays beginning at 6:20 am for live local news, sports, weather and traffic plus the Community Bulletin Board, shenanigans with Ron Meredith and more on the Country Club Morning Show on WYSH & WQLA. Jim lives in Clinton with his wife Kelly and daughter Carolina, his mother-in-law and cats Lucius and Oliver.
Previous Drug charges filed following traffic stop
Next National Public Safety Telecommunications Week April 8-14