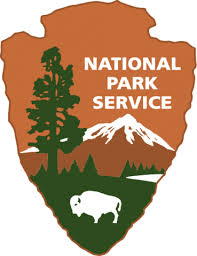 The National Park Service and the United States Citizenship and Immigration Service will partner to hold a naturalization ceremony for new United States citizens on Friday, June 16. The ceremony is scheduled for 10:30 a.m. June 16 at the American Museum of Science and Energy in Oak Ridge. The public is invited to witness the ceremony, a press release said.

“National parks aren’t just about scenic beauty,” said Big South Fork National River and Recreation Area Superintendent Niki Stephanie Nicholas. “Rather, they also represent sites of conscience, and commemoration. These sites serve as the standard-bearers of our shared history and what it means to be American. As you contemplate what it means to be an American citizen and these places that you now own, I would ask you to also play a role in protecting them and preserving them. Get out and explore.”

AMSE is at 300 South Tulane Avenue in Oak Ridge.

Jim Harris has been WYSH's News & Sports Director since 2000. In addition to reporting local news, he is the play-by-play voice for Clinton High School football, boys' and girls' basketball and baseball. Catch Jim live weekdays beginning at 6:20 am for live local news, sports, weather and traffic plus the Community Bulletin Board, shenanigans with Ron Meredith and more on the Country Club Morning Show on WYSH & WQLA. Jim lives in Clinton with his wife Kelly and daughter Carolina, his mother-in-law and cats Lucius and Oliver.
Previous June meeting of American Legion June 12th
Next Volunteers needed for expanded Secret City Festival