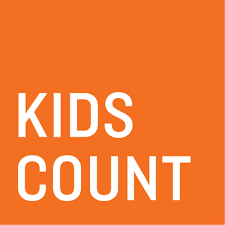 As we reported to you on Tuesday, the latest edition of a national report that measures the well-being of children across the country, was released Tuesday morning.

One major reason for the improvement is sue to the Tennessee Promise scholarship program that allows high school graduates to attend community colleges tuition-free. That has led to a steep decline in the number of teens between the ages of 16 and 19 who are not in school or not working. In 2014, approximately 35,000 teens fell into that category, but that number dropped to around 24,000 in 2015, the first year of the program. Improvements in student proficiency in lower grades also propelled the state forward, specifically, an increase in fourth- and eighth-grade reading proficiency among students, as well as the number of students who graduate on time.

The state ranked 26th in the health of children, a ranking the state has maintained for several years since the inception of the TennCare program.

Tennessee ranks 35th in the economic well-being of children despite improvements in the number of adults holding secure jobs.

The state’s lowest ranking was in the area of community and family well-being, as the number of children living in areas identified as high-poverty areas has increased to 230,000, or approximately 15% of Tennessee’s children. This rating was also affected by the state’s inability to keep pace with the decrease in teen births nationally.

The Annie E. Casey Foundation has issued the KIDS COUNT data book each year since 1990 to help understand the well-being of children from state to state. The rankings are determined by four categories, each with four indicators — for a total of 16 factors — that look at children’s welfare across the nation.

Jim Harris has been WYSH's News & Sports Director since 2000. In addition to reporting local news, he is the play-by-play voice for Clinton High School football, boys' and girls' basketball and baseball. Catch Jim live weekdays beginning at 6:20 am for live local news, sports, weather and traffic plus the Community Bulletin Board, shenanigans with Ron Meredith and more on the Country Club Morning Show on WYSH & WQLA. Jim lives in Clinton with his wife Kelly and daughter Carolina, his mother-in-law and cats Lucius and Oliver.
Previous VFL Barnett to help open Dick’s Sporting Goods in Oak Ridge
Next AC baseball coach Downs resigns