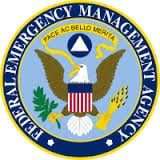 The governor is specifically requesting federal public assistance through the Federal Emergency Management Agency (FEMA) to be made available to the 12 Tennessee counties hit hardest by the storm.

On May 31, Tennessee Emergency Management Agency director Patrick Sheehan requested FEMA to send federal teams to Tennessee to do a preliminary damage assessment. According to the governor’s office, those assessments showed utilities alone suffered $15.9 million worth in damage in the above listed counties. Local governments also paid more than $14.9 million for emergency work and debris removal.

“Scores of Tennesseans suffered in the aftermath of these storms, with many left with destroyed or very damaged homes,” Sheehan said in the release. “The State of Tennessee will continue working with local, non-governmental, and federal partners to ensure any qualified assistance is provided as quickly as possible.”

Members of Tennessee’s Congressional delegation sent a letter urging the president to quickly approve Haslam’s request , writing in part, “we strongly urge you to approve Governor Haslam’s request, and we hope you will consider our State’s request as soon as possible.”

Jim Harris has been WYSH's News & Sports Director since 2000. In addition to reporting local news, he is the play-by-play voice for Clinton High School football, boys' and girls' basketball and baseball. Catch Jim live weekdays beginning at 6:20 am for live local news, sports, weather and traffic plus the Community Bulletin Board, shenanigans with Ron Meredith and more on the Country Club Morning Show on WYSH & WQLA. Jim lives in Clinton with his wife Kelly and daughter Carolina, his mother-in-law and cats Lucius and Oliver.
Previous Harold Nevard Brendle, age 90
Next Maurice’s ribbon-cutting scheduled