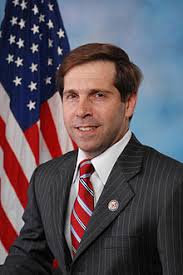 U.S. Representative Chuck Fleischmann, a Republican whose district includes Oak Ridge, is okay after a shooting that injured five people during a Wednesday morning practice for an annual charity baseball game in Alexandria, Virginia.

House Majority Whip Steve Scalise and two Capitol police officers were among those hit, according to media reports. The others who were shot sometime around 7:15 a.m. Wednesday reportedly included a staffer and a lobbyist. Scalise is reported to be in stable condition at George Washington University Hospital.

Conner Ingram, spokesperson for Fleischmann, said the congressman was at the practice and is okay.

The Republicans were practicing for a charity baseball game between Democrats and Republicans scheduled for Thursday night. It’s an annual charity event that’s been held for years. Teams practice early in the morning, and the game is played at the Washington Nationals stadium in Washington.

Stay tuned for updates on the Fox News Radio Network at the top of each hour here on WYSH.