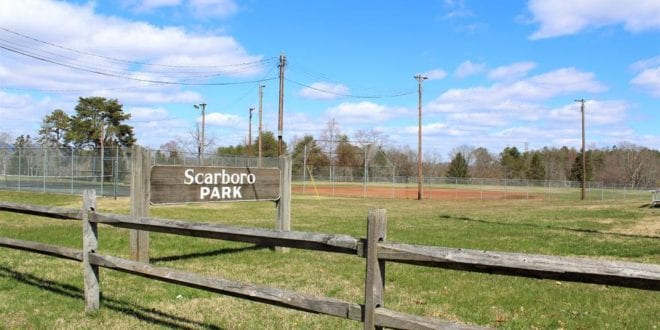 Reminder: Public meeting on OR preschool

As we reported last week, the Oak Ridge City Council chose to delay its vote on a new preschool location until after a public meeting can be held to get more input and feedback from the community. The meeting will be held at the Scarboro Community Center on Thursday, March 23rd at 6 pm.

The City of Oak Ridge and Oak Ridge Schools have been working to choose a site for the new preschool for approximately two years. The preschool would relocate from the school administration building on New York Avenue. Members of a committee formed to recommend possible sites looked at city-owned properties and a multitude of factors that would impact future students, their families and the community as a whole. Two locations were ultimately identified as possibilities: Scarboro Park and Elm Grove Park.

Scarboro Park is across the street from the Scarboro Community Center on Carver Avenue, which was also considered as an option at one time. The Scarboro Community Center was removed from further consideration due to challenges of converting the center for active school uses. Residents living near Elm Grove Park, a site on E. Tennessee Avenue that once housed a school, came out in support of preserving the park. Much of the feedback received about the Scarboro Park site has been very positive and welcoming of the new preschool.

Members of City Council and the Oak Ridge Board of Education will be present at the meeting, along with City staff members and the Senior Project Manager at Studio Four Design, the architectural firm selected for the project. Citizens will be able to voice concerns and ask questions. City Council expects to take action during a special-called meeting at 7:00 p.m. on March 27in the Municipal Building Courtroom.

The Board of Education voted to approve the Scarboro Park site for the new preschool at a meeting on February 27.

Jim Harris has been WYSH's News & Sports Director since 2000. In addition to reporting local news, he is the play-by-play voice for Clinton High School football, boys' and girls' basketball and baseball. Catch Jim live weekdays beginning at 6:20 am for live local news, sports, weather and traffic plus the Community Bulletin Board, shenanigans with Ron Meredith and more on the Country Club Morning Show on WYSH & WQLA. Jim lives in Clinton with his wife Kelly and daughter Carolina, his mother-in-law and cats Lucius and Oliver.
Previous AC Democratic Women to hear about campaign organization
Next High school baseball, softball, soccer results