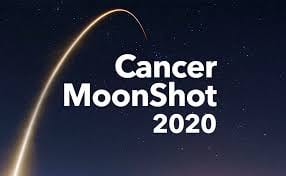 The Oak Ridge National Laboratory will play a role in the Obama administration’s so-called Cancer Moonshot program aimed at finding a cure for cancer. ORNL will join with the National Cancer Institute and other labs across the nation for pilot projects that will use supercomputers to analyze data on how cancer develops with a focus on accelerating the development of treatment therapies.

The Moonshot Program is being led by Vice President Joe Biden, who on Wednesday, hosted a summit in Washington to discuss the ambitious program modeled after President Kennedy’s 1960 call to put a man on the moon before the end of that decade. That of course resulted in the moon landing in July of 1969 and officials hope that this sweeping effort can yield similar results.

ORNL will be part of what officials call a “strategic computing partnership” involving the Department of Energy and the National Cancer Institute. According to information released Wednesday, four DOE labs,–ORNL, Los Alamos, Argonne and Lawrence Livermore—will play roles. The White House also announced three pilot projects that will bring cancer researchers, care providers, computer scientists and engineers together using supercomputers to analyze pre-clinical models in cancer, molecular interaction data and cancer surveillance data. In Wednesday’s announcement, officials stated that by working together in concert, “these new projects will refine our understanding of the mechanisms that lead to cancer development and…accelerate the development of promising therapies that are more effective and less toxic” than current treatment options.

Jim Harris has been WYSH's News & Sports Director since 2000. In addition to reporting local news, he is the play-by-play voice for Clinton High School football, boys' and girls' basketball and baseball. Catch Jim live weekdays beginning at 6:20 am for live local news, sports, weather and traffic plus the Community Bulletin Board, shenanigans with Ron Meredith and more on the Country Club Morning Show on WYSH & WQLA. Jim lives in Clinton with his wife Kelly and daughter Carolina, his mother-in-law and cats Lucius and Oliver.
Previous BBB: Changes coming to Oliver Springs Town Hall
Next Wine sales, guns on campus, ‘slow poke” headline new laws