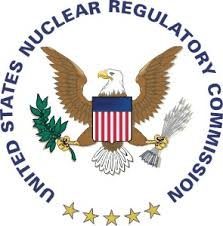 (Oak Ridge Today) The small modular nuclear reactors being evaluated for the Clinch River Site in west Oak Ridge could provide an emissions-free fuel source, but it could be a decade or so before they start operating. And that’s assuming all goes according to plan, officials said Tuesday.

The Tennessee Valley Authority is evaluating the possibility of building the small modular reactors, or SMRs, at the 1,200-acre Clinch River Site. To help prepare for the project, TVA plans to apply for what is known as an early site permit, or ESP, for the Oak Ridge project from the U.S. Nuclear Regulatory Commission by May 12.

The NRC had two public meetings at Oak Ridge Associated Universities on Tuesday to discuss the safety and environmental review process related to the TVA permit application.

The early site permit application will allow the NRC to evaluate site safety, the environment, and emergency preparedness for future SMRs at the Clinch River Site. That site is in west Oak Ridge just north of the Clinch River and Interstate 40, south of Heritage Center (the former K-25 site), and between Highway 95 and Highway 58 in a bend of the Clinch River.

There will be at least two more public meetings once TVA meets the basic requirements to have its early site permit application reviewed. The NRC will come back to ask for community input on environmental issues, Burnell said. After that meeting, it will take about a year for the NRC to draft an environmental impact statement, and federal officials will return to Oak Ridge before finalizing it, Burnell said.

There are currently no SMRs certified by the NRC, but NuScale plans to submit a design certification application later this year, said Dan Stout, TVA senior manager for small modular reactors.

Burnell said design certification could take about four to five years. That means it would probably be the early 2020s before a design is certified.

Once a design is selected, assuming the TVA board wants to proceed with the project, then the public utility would have to apply for a separate operating and construction license. Reviewing that application could take another three years, meaning the 40-year license, which is renewable in 20-year increments, might not be issued until the mid-2020s.

But TVA hasn’t committed to an SMR design yet. Besides the NuScale design, Stout said, three other options could include the mPower design from Bechtel and Babcock and Wilcox (B&W), and designs from Holtec and Westinghouse.

It’s not clear yet how many SMRs could be built in Oak Ridge, but it could range between two and six. TVA has said SMRs are designed to be used in groups, but no decision has been made about the number that could be built here.

Not everyone supports the proposal. Some expressed their objections at the second of the two public meeting hosted by the NRC in Oak Ridge on Tuesday. One hundred or more people attended an afternoon session, and another group showed up for an evening session.

Among the concerns at the evening session were safety, cost, the storage of spent fuel, the potential effect on water temperature and fish in the Clinch River, the location near a possible airport at Heritage Center (the former K-25 site), and the efficiency of SMRs, as measured by cost per megawatt and compared to other power sources, including renewables.

But others, including University of Tennessee engineering students, seemed to support the SMR proposal, suggesting the reactors could help reduce the nation’s dependency on carbon-emitting fossil fuels.

For more on Tuesday’s meetings and on the reactor proposal itself, visit our partners at www.oakridgetoday.com.

Jim Harris has been WYSH's News & Sports Director since 2000. In addition to reporting local news, he is the play-by-play voice for Clinton High School football, boys' and girls' basketball and baseball. Catch Jim live weekdays beginning at 6:20 am for live local news, sports, weather and traffic plus the Community Bulletin Board, shenanigans with Ron Meredith and more on the Country Club Morning Show on WYSH & WQLA. Jim lives in Clinton with his wife Kelly and daughter Carolina, his mother-in-law and cats Lucius and Oliver.
Previous Junior Lee Davis, 69
Next Jellico officer fired after no-shows in court