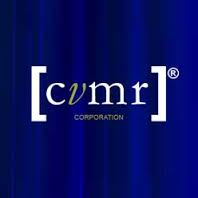 After a week of news reports that indicated that the project was dead in its entirety, on Friday, CVMR, seeking to clarify its plans, said Fridayit still hopes to build a metal refining facility in Oak Ridge to produce metal powders and “nano materials.” That investment, which would be completed in three phases, could cost more than $300 million in the first phase and eventually employ 1,200 to 1,500 engineers and technicians, the company said Friday. The clarification comes with confirmation that the company will not establish a Center of Excellence focused on research and development of the application of vapor metallurgy technology to an expanding group of elements, CVMR said in a Friday letter to Tennessee Governor Bill Haslam.
On Friday, Kamran Khozan, chairman and chief executive officer of CVMR (USA) Incorporated, told Haslam that the company’s original proposal was two-fold.
First, CVMR, which manufactures high-purity metal powders and super alloys, planned to establish the Center of Excellence. It was to primarily focus on research and development in conjunction with Oak Ridge National Laboratory and the University of Tennessee, and to help train new employees.
But in September, CVMR told Randy Boyd, commissioner of Tennessee Economic and Community Development, that this part of the proposal was “based on a misunderstanding of the degree and nature of the support that was offered by the State of Tennessee to establish the Center of Excellence. Based on that statement, CVMR decided not to pursue the R&D facility, which company officials say was not expected to generate substantial revenue. “Based on this realization, we concluded that it was not feasible to proceed at that time with the establishment of the Center of Excellence and that CVMR research and development…and the application of vapor metallurgy, in conjunction with ORNL, would continue to be conducted at our facility in Toronto.”
But the other part of the company’s proposal was to establish, in three phases, the metal refining facility in Oak Ridge. It could expand substantially over six years to employ more than 1,000 engineers and technicians, Khozan said.
“As we advised Commissioner Boyd last September, we hope that we will be able to establish this facility in Oak Ridge,” Khozan said.
He said CVMR is revising the structure of its proposal to establish the facility and is engaged in discussions with suppliers of raw materials and equipment. The company’s design team is working to finish the construction parameters for the next three phases of its plan.
CVMR announced in March of this year that it was moving its operations to Oak Ridge from Toronto, Canada, and investing $313 million here and creating 620 jobs. The Friday announcement of 1,200 to 1,500 potential jobs doubled or more than doubled the employment estimate.
In March, CVMR, which has operations in 18 countries, said it planned to use the former Theragenics building at Horizon Center in west Oak Ridge for its headquarters and research and development. It’s not clear if that building would still be used. CVMR planned to put 218 people to work right away in its new headquarters and add 402 high-paying manufacturing jobs later.
CVMR said then that the manufacturing facility could be built about two miles away on 25 acres at an old steam plant near the former K-25 site, now known as Heritage Center. That property is owned by the U.S. Department of Energy.
For much more on this continually evolving story, visit our partners at http://oakridgetoday.com/2015/12/04/cvmr-still-hopes-to-build-metal-refining-facility-but-metallurgy-center-on-hold/.

Jim Harris has been WYSH's News & Sports Director since 2000. In addition to reporting local news, he is the play-by-play voice for Clinton High School football, boys' and girls' basketball and baseball. Catch Jim live weekdays beginning at 6:30 am for live local news, sports, weather and traffic plus the Community Bulletin Board, shenanigans with Ron Meredith and more on the Country Club Morning Show on WYSH. Jim lives in Clinton with his wife Kelly and daughter Carolina, and cats Oliver, Bow and Libby.
Previous Asphalt truck overturns in Dutch Valley
Next High School Football Championship Game scores