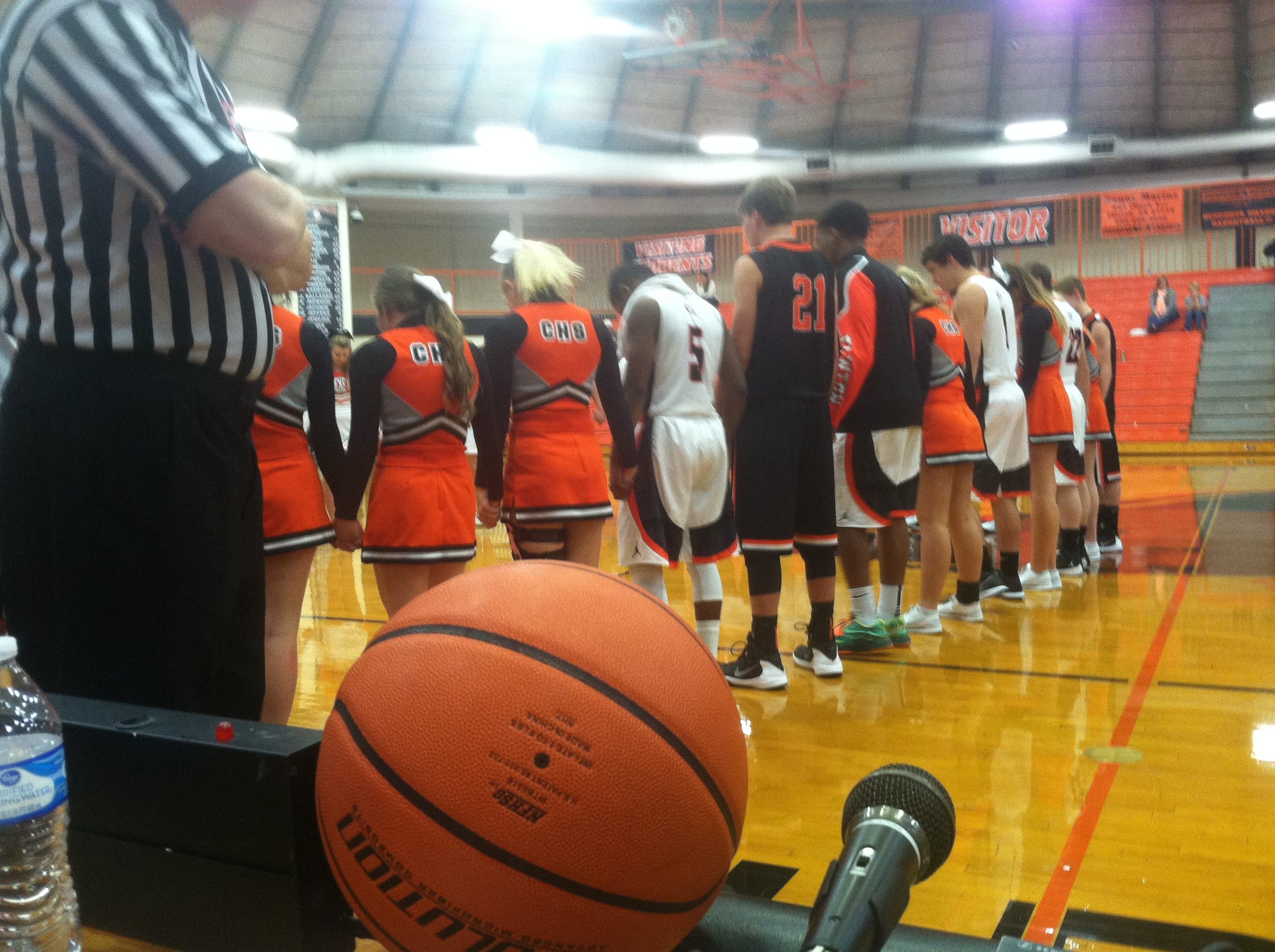 Wrapping up a bizarre night of high school basketball in Clinton, on Monday, the Coalfield Lady Yellow Jackets completed the season sweep of Clinton’s girls, beating the Lady Dragons 62-44 in Clinton. Kelley Wandell led CHS with 11 points and 10 rebounds while Katie Starnes added seven points and 10 boards. Senior Maddie Embleton suffered a knee injury in the first quarter and is scheduled to undergo an MRI next week.

In the nightcap, a seemingly routine Clinton victory became anything but with about 6:37 to go in the fourth quarter when, while trying to chase down a lay-up on the defensive end, Coalfield’s Austin Russell landed awkwardly and broke his his right leg, halting the game for about 15 minutes while he was stabilized by crews from the Clinton Fire Department and taken to an area hospital by Anderson County EMS personnel. He is expected to undergo surgery this evening and expected to miss the next 8 to 9 weeks. Once play resumed with Clinton ahead by 29, a fight broke out among Clinton fans that threatened to get out of control before cooler heads prevailed. At that point, though, officials called the game with Clinton leading 61-37 with about 4 minutes to play. Tyler Thackerson led Clinton with 18 points and Trevon Hill added 14 for the Dragons.

On an editorial note, the conduct exhibited by Clinton’s fans in the fourth quarter was uncalled for and, quite frankly embarrassing for everyone involved and for the basketball program as a whole. It does not matter what the reason is, but there is no excuse for anyone–adults and students alike–to act like this, especially when one of the key components of athletic programs in our schools is to teach and promote respect, civility and propriety. I would respectfully ask that anyone who thinks that getting into fights during basketball games is a good idea to please consider staying home and listening on the radio.

Elsewhere Monday, Campbell County’s girls won at Scott County 65-53 and the Cougar boys completed the doubleheader sweep with a 55-48 win of their own over the Highlanders.

Jim Harris has been WYSH's News & Sports Director since 2000. In addition to reporting local news, he is the play-by-play voice for Clinton High School football, boys' and girls' basketball and baseball. Catch Jim live weekdays beginning at 6:30 am for live local news, sports, weather and traffic plus the Community Bulletin Board, shenanigans with Ron Meredith and more on the Country Club Morning Show on WYSH. Jim lives in Clinton with his wife Kelly and daughter Carolina, and cats Oliver, Bow and Libby.
Previous THP: Kingston woman hit by van, killed on I-40
Next Smoot to remain jailed, trial slated for March